CAIRO (Reuters) – Islamic State’s Amaq news agency said on Sunday that the Islamist militant group was responsible for the shooting that killed at least 50 people in a massacre at a gay nightclub in Orlando, Florida.

“The armed attack that targeted a gay night club in the city of Orlando in the American state of Florida which left over 100 people dead or injured was carried out by an Islamic State fighter,” Amaq said.

Learn How To Make Pickles In One Minute 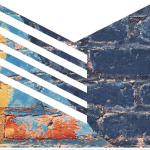 Revealed: The Happiest Countries In The World

What Does Trump’s Win Have To Say About The Level Of Education In America?

What Does The Future Of Education Look Like, Now That Trump Is Elected?

MOLO is a collection of our favorite links from the Internet that we update daily. We donate 20% of our advertising profits to a charitable cause. So disable your ad blocker to help us, we promise they aren't that annoying!